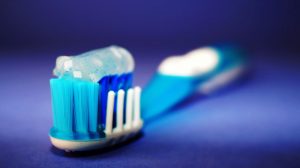 Eating too much sugary food is bad for your teeth and your body, especially for people who have diabetes. Combining diabetes and periodontal disease is double trouble. Both must be properly managed for good overall health.

What is diabetes, what is periodontal disease—and what do they have to do with one another? Diabetes is a chronic disease that inhibits the body from producing or properly utilizing insulin. Insulin is a hormone that is produced by the pancreas and is the means by which sugar, to be used for fuel, gets into the body’s cells.

The causes of diabetes continue to be a mystery and modern medical science has believed that the disease has no cure. However, we do know that periodontal disease—a serious infection of the gums and sometimes, jawbone—can contribute to poor insulin control. Most importantly, we know from sound scientific research that good dental health can help reduce diabetes and diabetic complications.

Is there a relationship between diabetes and poor oral health? Yes. Periodontal problems can double the incidence of diabetes. In turn, diabetes can double the severity of periodontal problems. Hyperglycemia (high blood sugar) can lead to breakdown of the gum tissue and jawbone and a decreased ability of the body to defend itself against harmful oral bacteria. Additionally, periodontal disease contributes to poor blood sugar control by increasing insulin resistance, thus creating a vicious cycle of disease and destruction.

“In the mouth, the most aggressive bacteria in the body live in intimate contact with the most delicate tissue in the body,” says Dr. Lisa Marie Samaha, DDS of Port Warwick Dental Arts. “Periodontal disease is an inflammatory and infectious disease that is so highly contagious that if one member of a family is diagnosed, the American Academy of Periodontology recommends that the entire family be evaluated. Without question, by controlling periodontal disease—a dangerous infection—we can decrease insulin needs and help stabilize blood sugar. In fact, as we treat periodontal and other oral diseases, it is necessary for the patient to be watchful of their decreasing blood sugar levels in case their medications need to be reduced.”

How prevalent is diabetes? The World Health Organization (WHO) has declared that diabetes is the planet’s fastest growing disease, affecting about 347 million people worldwide. It is expected that by the year 2030, at least 30% of the American population will be diabetic. Pre-diabetes affects approximately 79 million people in the US, the equivalent to the entire population of 30 states, according to David Armstrong, Director of the Southern Arizona Limb Salvage Alliance. Diabetes is now the seventh leading cause of death in the United States. And worst of all, it takes an average of 8-10 years before a diabetic patient is diagnosed with their disease! Right now, a full 25% of the US population has diabetes and is unaware of their problem.

Is there any good news? Yes. Early treatment of periodontal disease reduces medical costs for those with diabetes, coronary artery disease, cerebrovascular disease and stroke. Continued dental treatments result in a 10-40 percent savings in medical costs for individuals with diabetes and other chronic health conditions. Hospitalizations decreased by 33 percent and physician visits decreased by 13 percent in diabetics who were treated for their periodontal disease.

Periodontal surgery and loss of teeth is avoidable if caught in time. In the past, scalpel/suture surgery was the typical treatment for periodontal disease, but today there are many other options. Because periodontal disease is so complex, its management requires a multi-faceted approach. There are many steps you can take to avoid gum surgery, loss of teeth and complications in the rest of the body, as long as you are under a watchful, professional eye.

Is it time for your next dental visit? Your health—and even your life—may depend on it. If you are overdue for a dental visit, don’t pass up an opportunity to keep your smile bright—and your body healthy. Call today for a periodontal screening and consultation.