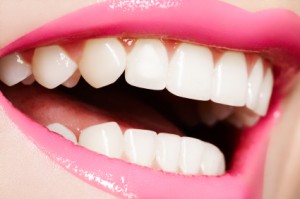 A gap-toothed smile is charming on a seven-year old. Not so much for an adult. But if you’re missing a tooth or teeth, you have several options to restore your smile, says dentist Dr. Lisa Marie Samaha of Port Warwick Dental Arts in Newport News.

*A removable appliance, also known as a partial denture. That’s the least expensive but also in most cases the least desirable, Samaha says.

*An implant. A titanium metal post which is later covered by a crown.

“If you are missing a tooth, an implant is the preferred option to a bridge in most cases,” Samaha says. “It feels and functions like your own tooth and is cleaned like a natural tooth. Implants are quickly becoming the preferred choice for replacing a missing tooth.

The success rate for implants is high: 98 percent for lower implants and 91 percent for upper implants, according to the University of Iowa College of Dentistry.

Unlike a removable denture that rests on the gums or a bridge that uses adjacent teeth as anchors, a dental implant is a titanium metal post that is gently placed into the jawbone. The crown is then placed on top, looks and acts just like your natural tooth. Dental implants never slip and don’t make embarrassing noises that alert the world to your false tooth or teeth. Because the implant is fused with the jawbone, bone loss is generally not a problem, according to the American Association of Oral and Maxillofacial Surgeons.

It is vital that any candidate for an implant be totally committed to a meticulous regimen of oral hygiene as well as preventative maintenance as prescribed by the dentist, Samaha notes, as periodontal infection can occur around an implant, just like a natural tooth. The good news is, implants don’t decay.

Advances in dental technology can reduce healing time after getting the titanium post placed. In fact, if you’re getting implants, it’s possible but not typically recommended to get the crown placed the same day as the titanium post, Samaha says. “In general, most situations are not ideal for immediate crown placement,” she cautions, and a few months of healing helps to create greater stability of the implant.

A crown is a long-lasting artificial cover for a tooth. It can be made of gold or other metals, porcelain or ceramic or a combination of metal and ceramic. A ceramic or porcelain crown can be made to mimic a perfectly natural tooth, Samaha says.

If you’re getting a crown on an existing tooth (not an implant), you can even skip the inconvenience of a temporary crown and proceed straight to a permanent crown, thanks to computer-aided design technology. So instead of a couple visits to the dentist over three to four weeks and the hassle of dealing with a temporary crown that can pop out or crack, you can get your new crown in as little as a one-hour visit, Samaha says.

The technology that makes it possible is called CEREC 3-D. Samaha takes a pin-sharp optical impression of the tooth. She then prepares the tooth and digitally designs the crown in as little as 5 minutes. No need for second visits or extra numbing shots.

Tooth-colored CEREC crowns can restore up to 100 percent of the tooth’s natural strength, Samaha says. They are quite stunning, too.